…the band wields a fierce, contemporary sound that draws from jazz, electronic, and rock, and pop music. Referencing artists from Esperanza Spalding to Bruno Mars, Chronologue explores a sonic space that is rhythmically complex, yet groove-driven; their harmonies are rich, yet approachable. Palatable songwriting and fiery improvisation make Chronologue a band to keep an eye on…

With Bobby Ferguson on drums, Parker Murphy on bass, Solomon Chapman on Keys, Alex DeVillier on guitar, and Yasmina Bradley-Belcaid on lead vocals.

For an upcoming 4th of July Concert: 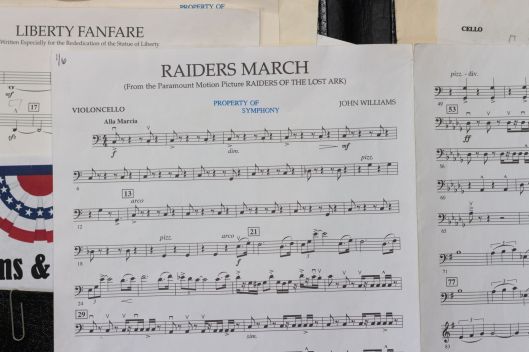 A reflection of our times. 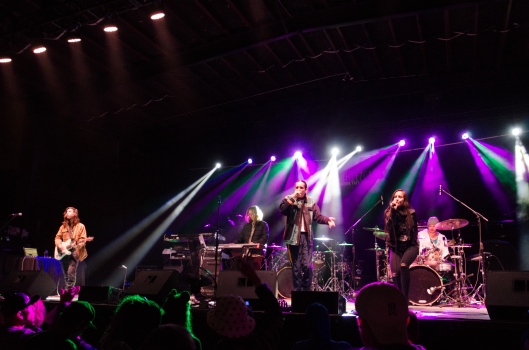 The weather was cool, not cold, and the audience was happy and in a festive mood. The venue and the staff were pleasant and very professional.

Xiuhtezcatl’s music is inventive, infectious, executed with precision, and replete with musical and textual meaning. We’re glad we had the opportunity to cover and attend the performance.

a distinguished conductor or performer of classical music: the orchestra was strained after clashes with the great maestro

Arturo Toscanini, from The New Grove Dictionary of Opera:

….Energy, single-mindedness, impetuosity combined with an inflexible will, fanatical perfectionism, and an almost morbid self-criticism were among Toscanini’s most remarkable characteristics. He drove himself as few if any other executive musicians have done; the sheer amount of work he accomplished staggers the imagination. If he was ferocious in his demands on others, and in his criticism of them when they fell short of their best, he was still more dissatisfied with himself, rarely feeling that he had attained the ideal he envisaged. From this, as much as from a naturally dictatorial personality, stemmed the legendary and often terrifying outbursts of rage….

In a 2 to 1 decision the National Labor Relations Board found that orchestral musicians who play in per service orchestras are employees, not independent contractors and are thus eligible to organize. That’s all well and good. It’s the dissent [pdf] that’s really interesting:

….Looking beyond the musicians’ control over where, when, and for whom they will work, I disagree with my colleagues’ conclusion that the musicians’ control over their work ends once they decide to perform with the Symphony. To be sure, at that point, the Symphony controls the conduct of the rehearsals and performances, as well as oversees certain artistic aspects of a performance. But, practically speaking, work by creative profession independent contractors is often performed to the specifications and on the timetable of the hiring party, but that structure does not convert an independent contractor to an employee. See Creative Non-Violence v. Reid, 490 U.S. 730, 750-751 (1989) (Court found a sculptor to be an independent contractor even though the nonprofit association that hired him defined the scene to be sculpted and specified the details of the sculpture’s appearance, including its scale and the materials to be used); and Radio City Music Hall Corp. v. U.S., 135 F.2d 715, 717-718 (2d Cir. 1943) (court found performers to be independent contractors even where the producer controlled the timing and conduct of rehearsals and directed the performers to “weld” together the performance). This is particularly true where, as here, the employer’s artistic control and direction is primarily related to the end product, i.e., the sound and look of the symphony as a whole,not the manner in which the individual musicians providing their services prepare for and perform the work.2 See DIC Animation City, 295 NLRB at 991; Young & Rubicam International, 226 NLRB at 1275-1277; and American Broadcasting Co., 117 NLRB 13, 18 (1957). Thus, based on the above discussion of the right of control factor, I would find that the record evidence weighs in favor of finding the musicians to be independent contractors….

“…This is particularly true where, as here, the employer’s artistic control and direction is primarily related to the end product, i.e., the sound and look of the symphony as a whole, not the manner in which the individual musicians providing their services prepare for and perform the work…”

Try telling that to a freakin’ orchestra conductor, putz.

….Brian Hayes, the lone Republican member of the labor board….

Barks of Yore, music, Paul Demer, Sending Out a Dove

Paul Demer is an 18 year old singer-songwriter from Arlington, Texas….

Today I received the December issue of the International Musician, the official publication of the American Federation of Musicians of the United States and Canada. You know, the musicians’ union. There was news item on the use of music to torture detainees:

A group of prominent musicians and singers, including many AFM members, filed a Freedom of Information Act (FOIA) request seeking the declassification of all records related to the use of music in interrogation. The artists also voiced a formal protest against the use of music in torture and requested the names of all songs that were blasted at prisoners for hours, sometimes days, as punishment or means of coercion beginning in 2002….

In October the Washington Post ran an article on the subject:

Musicians call for release of records on Guantanamo detainee treatment

….Tom Morello, formerly of the band Rage Against the Machine, also expressed outrage.

“The fact that music I helped create was used in crimes against humanity sickens me,” Morello said in a statement. “We need to end torture and close Guantanamo now….”

….”Sound at a certain level creates sensory overload and breaks down subjectivity and can [bring about] a regression to infantile behavior,” said Suzanne G. Cusick, a music professor at New York University who has studied, lectured about and written extensively on the use of music as torture in the current wars. “Its effectiveness depends on the constancy of the sound, not the qualities of the music.”

Played at a certain volume, she said, “it simply prevents people from thinking….”

Apparently once the group which filed the request finds out what music was used they’ll explore their legal options.

It’d certainly be ironic if a civil suit for non-payment of performance rights brought accountability to the torture regime.