Dear Colleague on Next Steps in House’s Ongoing Impeachment Inquiry
October 28, 2019 Press Release
H. Res. ___ — Directing certain committees to continue their ongoing investigations as part of the existing House of Representatives inquiry into whether sufficient grounds exist for the House of Representatives to exercise its Constitutional power to impeach Donald John Trump, President of the United States of America, and for other purposes.
***
Dear Democratic Colleague,

For weeks, the President, his Counsel in the White House, and his allies in Congress have made the baseless claim that the House of Representatives’ impeachment inquiry “lacks the necessary authorization for a valid impeachment proceeding.” They argue that, because the House has not taken a vote, they may simply pretend the impeachment inquiry does not exist.

Of course, this argument has no merit. The Constitution provides that the House of Representatives “shall have the sole Power of Impeachment.” Multiple past impeachments have gone forward without any authorizing resolutions. Just last week, a federal court confirmed that the House is not required to hold a vote and that imposing such a requirement would be “an impermissible intrusion on the House’s constitutional authority.” More than 300 legal scholars have also refuted this argument, concluding that “the Constitution does not mandate the process for impeachment and there is no constitutional requirement that the House of Representatives authorize an impeachment inquiry before one begins.”

The Trump Administration has made up this argument – apparently out of whole cloth – in order to justify its unprecedented cover-up, withhold key documents from multiple federal agencies, prevent critical witnesses from cooperating, and defy duly authorized subpoenas.

This week, we will bring a resolution to the Floor that affirms the ongoing, existing investigation that is currently being conducted by our committees as part of this impeachment inquiry, including all requests for documents, subpoenas for records and testimony, and any other investigative steps previously taken or to be taken as part of this investigation.

This resolution establishes the procedure for hearings that are open to the American people, authorizes the disclosure of deposition transcripts, outlines procedures to transfer evidence to the Judiciary Committee as it considers potential articles of impeachment, and sets forth due process rights for the President and his Counsel.

We are taking this step to eliminate any doubt as to whether the Trump Administration may withhold documents, prevent witness testimony, disregard duly authorized subpoenas, or continue obstructing the House of Representatives.

Nobody is above the law.

Rep. Vicky Hartzler @RepHartzler
After weeks of closed-door investigations, withholding info from all Members of Congress, Schiff mishandling the whistleblower’s complaint, and selective leaks from secret meetings, Pelosi is now interested in “establishing the procedure.”

Aside from the fact that republican members of the relevant committees can and have been present for the depositions. 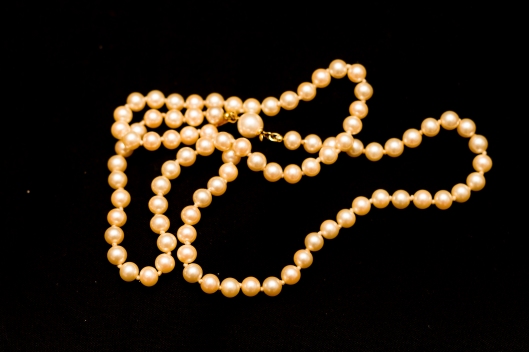 There is much hilarity in the responses:

Except for the 48 Republicans with access to the committees, and by default, the information. Try again, liar. #resignvicky

That fact that you will not accept the evidence that has been presented is what is appalling. #CountryOverParty

Newsflash: there is nothing Pelosi can do to satisfy the “process” concerns of Republicans.

(whisper voice) this isn’t really about the “process”…

Ms. Hartzler – you must be thrilled! The GOP is getting what they want. Time to thank Speaker Pelosi.

Yeah, that was probably sarcasm.

Darn them for giving you what you asked for. How dare they!

This is a lie. You know that Republican members of the Congressional committees overseeing the impeachment inquiry had access to information revealed in the hearings.

dang it…. we know the names of all the republicans on the committees ; republicans were in the room knothead……what is wrong with you people

She thinks her constituents are stupid.

After weeks of legally confidential investigations, legally restricting access to committee members, the case for impeachment is so strong it is now proceeding in public.

The @GOP is incredibly appalling…

Spot on. Time for the Republicans to find another straw argument. The 20 Republicans that have retired or not seeking reelection understand. They understand that they cannot defend a guilty man.

Translation: after weeks of initial investigations to see whether the House should proceed with formal impeachment proceedings the Speaker has determined that is the best course of action. So now I have to pretend something else is being done wrong because I can’t defend trump

Here come the televised hearings! What will you say then?

You acting like that’s not true is incredibly appalling…

LIAR! Republicans have 47 members on committees and they would rather march into an inquiry and eat pizza than to do their jobs. Republicans defending a corrupt POTUS.

It is appalling that you know this is not true. You lie to your cult hoping they are too intellectually lazy to think for themselves.
As far as procedure the republicans set the rules she is following the last time they had the house.

We rest our case.

You know that Republicans were in the hearings. Stop lying to yourself, your constituents, and the American people.

What’s appalling is your lack of response to this administration’s crimes and the attempt to sweep them under the rug. Can’t wait to vote you out of office.

Well…THAT’S a lie. Is that all ya got?

This is just gaslighting. Do you think we’re not smart enough to see the truth right in front of us? We know that there are GOP members in the meetings. Don’t insult our intelligence by telling outright lies.

The GOP failed to hold Trump within the law. The timing of the resignation of DNI Dan Coats speaks volumes about all that was happening in this administration. If that does not make you question where you should be standing, then maybe you’re not smart enough to be in Congress.

Jumping on the Trump train which is heading right off a cliff? You go, girl.

Yes, procedures are bad things. We should never have them. They might make @realDonaldTrump look worse than he already does. Let’s encourage chaos and lying.

They never withheld info from all members of Congress. If you were on those three committees, you had full access to everything including equal time to depose.

Why would you lie about something so well known?

Stop with the propaganda. You are a disgrace to our district.

What is appalling is your continued refusal to investigate possible emolument violations and now @POTUS updates Russia before congressional leaders. How much more evidence do you need before you will stand up and defend our Constitution and our democracy?

We’ve already established the answer to the last question, don’t you think?

Stop spewing nonsense. Uphold your oath. Country before party. Do your job

You will be remembered for your lies and misdirection. The Republican Party has been decimated not by Trump, but by people like you. Do your Congressional job! Stop defending the sociopath.
#pathetic

You are out of your mind

Do you actually believe this nonsense you just made up or are you hoping your voters can’t tell the difference? So hard to tell with you Trump sycophants.

You’re a disgrace and history will not be kind to you.

Seriously? You’re really going to try to gaslight your constituents with BS? Have you no shame? You KNOW that impeachment rules were set by the Republicans. Pelosi is following YOUR rules. You are appalling! And a liar.

Look, stop it with the knowingly false narrative. You know as well as the next person that members of the Rep and Dem attended the hearings. Just stop it already. Have you no inclination to honesty? Sheesh

Keep spinning. I can’t wait for the GOP and trump lovers to go down with the ship. Enjoy the ride to hell Vicky.

Only the constituents that voted for you believe this shit.

Why is every Republican tweeting the exact same thing? You guys are such hivemind lemmings.

You are appalling. Many of the gop were in those meetings and asking questions. These are the rules established by the gop. Deal with it and quit misleading your constituents. Better yet, stand up against the criminal or step the hell down.

Campaign Finance: “Do you like subpoena coladas and getting caught in Ukraine?” (October 10, 2019)

Rep. Vicky Hartzler (r): Shall we take a look at the Memorandum Opinion of Chief Judge Beryl A. Howell? (October 26, 2019)