“…I found it at the beginning very — I found it very hard to understand why a President of the United States would do it that way when he can just — I mean, all Ambassadors are Presidential appointees, they serve at the pleasure of the President, so it didn’t — it didn’t add up to me. I didn’t understand why that would be…”

It’s not a smoking gun, it’s more than that. It’s a smoldering crater.

From the deposition of Ambassador David Hale, Under Secretary of State for Political Affairs:

Q Did you have any discussion about any complaints that had been made by any other Americans related to her role there and her job?

A I don’t remember that it came up there.

Q When you were there in March, did you have a discussion with Ambassador Yovanovitch about extending her stay there?

A Yes, I did. I remember that we had a conversation, as the — later in the program, after I had some time with her, I felt that I could make an assessment that she was doing a very good job, and I asked her if she was — because we had a gap coming, we didn’t have an Ambassador lined up and confirmed to be there when she was due to leave in the summer, I asked her if she would consider staying longer. She said she wanted to think about it. She got back to me after the trip and indicated that she was prepared to stay longer. So I turned it over to our head of the European Bureau to work it and see if there would be agreement on that.

Q You said that Mayor Giuliani’s role was — around this time in Ukraine matters, was, I think you said, quote “hard to believe?” unquote. What did you mean by that?

A There was an email from George Kent that Phil Reeker forwarded to me right at the beginning of this — well, some time in the late March period, and in it, Mr. Kent conveyed information from two journalists, so Ukranian journalists that he had talked to who made a number of allegations, including that the President — they were quoting Giuliani saying to a Ukranian that the President really wants Ambassador Yovanovitch to go. And this seemed to be — the implication was that this was a roundabout way the President was trying to get rid of the Ambassador through this smear campaign.

I found it at the beginning very — I found it very hard to understand why a President of the United States would do it that way when he can just — I mean, all Ambassadors are Presidential appointees, they serve at the pleasure of the President, so it didn’t — it didn’t add up to me. I didn’t understand why that would be.

Q Did you receive a memo to file written by George Kent related to that letter and the State Department’s response to the subpoena from the committees?

A Mike McKinley forwarded to me an email from George. It was a memo to the record in September in which — I’m sorry, October 3rd, George wrote for the record, a memo describing a meeting that he and other officials of the European Affairs Bureau had had with a lawyer from the legal adviser’s office and a representative of the congressional relations office in which George said that the lawyer had behaved in an intimidating and unprofessional way. There was a lot of detail in there.

I don’t remember if the letter — the Secretary of State’s letter was referenced there. It may well have been. My focus was really on the issue of an officer who ultimately reported to me being intimidated, by his account, from the Legal Affairs Office. Mike forwarded this to me — George had not sent it to me — late on a Friday, I believe. I discussed it with the Under Secretary for Management Affairs and we kind of went back and forth. It was inconclusive. The next morning on a Saturday I spoke to a number of officers about this matter. I talked to the head of our European Affairs Bureau, the acting head. I spoke to the Legal Affairs adviser. I spoke to the Under Secretary for Management again, and I spoke to my chief of staff.

I directed that the legal adviser remove that lawyer from the file of George Kent, and assign a different lawyer. My impression from the conversation was that he may have already been moving in that direction, but in any event, I wanted to make sure that that was the case and there was no argument about it.

And we had a back and forth on the appropriateness of my going to meet with George and these officers to make amends and introduce them to the new lawyer. I decided I was going to do that on that Saturday, so we came back to the office on Monday morning. By midday Monday when I asked the status of the effort to get the meeting together, I was told that because George had an attorney, a private attorney, that the legal adviser had to deal with the attorney and not with George directly. And so that was what was causing the delay.

And then I was told either late that Monday or the next day, Tuesday, that the attorney on behalf of George had declined the offer of a meeting with me.

Q Our time is up, so we will circle back to that. But just before we do, one last question, if I could. Did you get the sense from any career members of the State Department that they felt bullied by the committee’s requests for them to testify?

A Bullied by the committee, no, I had not heard that, no. 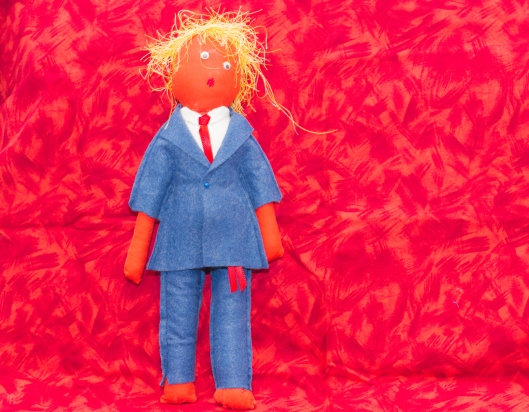 2 thoughts on “Ambassador David Hale, Under Secretary of State for Political Affairs”