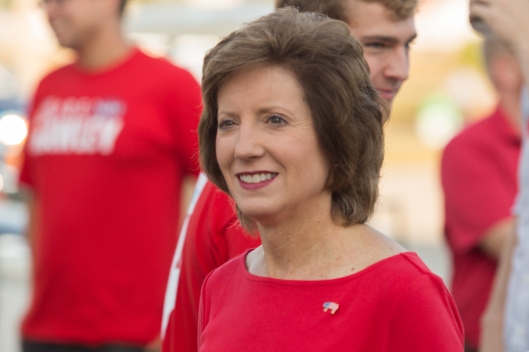 This morning from the U.S. Bureau of Labor Statistics:

Total nonfarm payroll employment rose by 164,000 in July, and the unemployment rate was unchanged at 3.7 percent, the U.S. Bureau of Labor Statistics reported today…

…The unemployment rate held at 3.7 percent in July, and the number of unemployed persons was little changed at 6.1 million…

…In July, 1.5 million persons were marginally attached to the labor force, essentially unchanged from a year earlier. (Data are not seasonally adjusted.) These individuals were not in the labor force, wanted and were available for work, and had looked for a job sometime in the prior 12 months. They were not counted as unemployed because they had not searched for work in the 4 weeks preceding the survey…

…The change in total nonfarm payroll employment for May was revised down by 10,000 from +72,000 to +62,000, and the change for June was revised down by 31,000 from +224,000 to +193,000. With these revisions, employment gains in May and June combined were 41,000 less than previously reported. (Monthly revisions result from additional reports received from businesses and government agencies since the last published estimates and from the recalculation of seasonal factors.) After revisions, job gains have averaged +140,000 per month over the last 3 months.

Didn’t someone go to coal country during the 2016 presidential campaign and tell people there that their mining jobs were coming back?

Rep. Vicky Hartzler @RepHartzler
Jobs Report just came out and it’s a good one! 364,000 new jobs created in July!! Unemployment rate is at 3.7%. The economy is humming and that means more money in the pockets of hard-working Americans. Keep taxes low. Reject #socialism.
10:41 AM · Aug 2, 2019

Some of the comments:

Cool. It is good to know you will reject price supports and subsidized crop insurance. You will oppose fed support for rural broadband — just another socialist scheme.

If we’re to reject socialism, maybe you should lead from the front instead of from the rear.

Numbers are wrong. Take care of Americans. No more having to work 2 and 3 jobs. Please if you are so against any form of socialism, quit driving , going to parks, don’t use the police, military, fire dept. the list goes on. These turned out to be some of the great things.

Reject socialism? By that statement you should be rejecting farm subsidies and bail out money. Do you reject #racism?

what are you talking about?