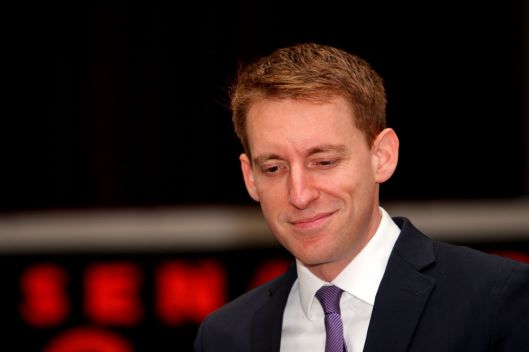 Missouri Secretary of State and 2016 U.S. Senate candidate Jason Kander (D) had a Facebook message with a hashtag for incumbent Senator Roy Blunt (r) – on the subject of republican obstructionism for a probable Supreme Court nominee:

As Missouri’s Senator, I’ll meet with any ‪#‎SCOTUS‬ nominee out of respect for the process. @RoyBlunt should too. ‪#‎DoYourJob [….]