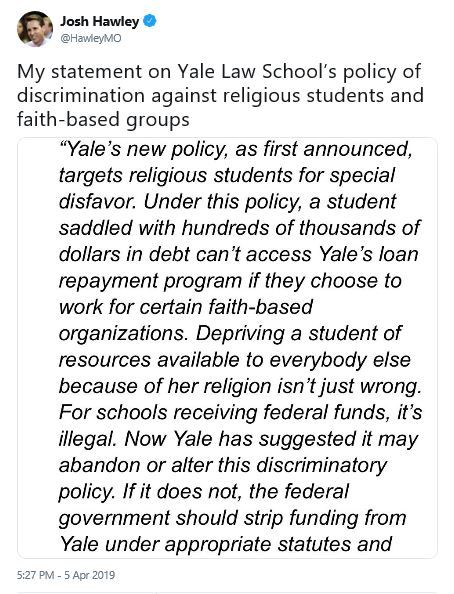 Wait, what? Yale University Law School? In New Haven, Connecticut? One of those fancy ones? Not located in Missouri?

Three of the comments explain a little more:

The Yale policy applies to those who work for organizations that do not support the full range of civil rights, like the right to marry the human adult you want to. So, try facts before you tweet. @YaleLawSch

I’m sure #horseface Hawley knows the facts, but probably just didn’t have enough space on The Twitter to fully explain that he thinks it’s perfectly fine to discriminate based on his religious beliefs.

Ah, it’s really about the right wingnut republican cult of victimization and just so much pearl clutching.