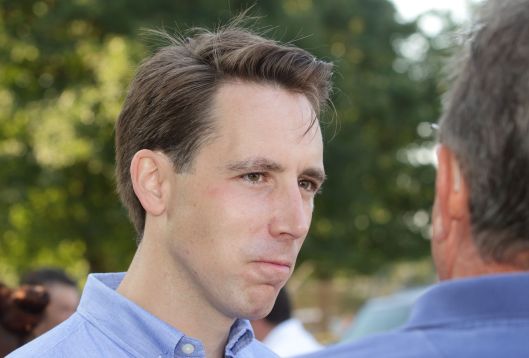 The winner of the 2018 Todd Akin (r) Right Wingnut Campaign Memorial Award is: 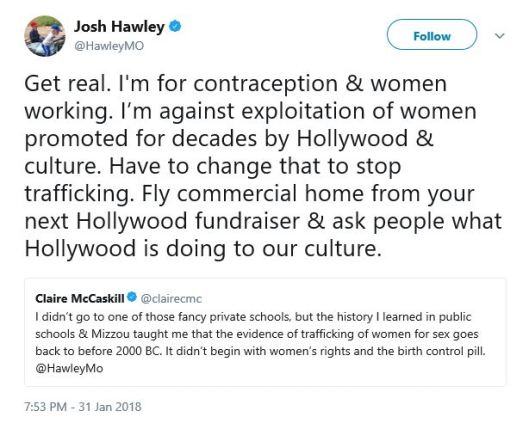 Josh Hawley‏ @HawleyMO
Get real. I’m for contraception & women working. I’m against exploitation of women promoted for decades by Hollywood & culture. Have to change that to stop trafficking. Fly commercial home from your next Hollywood fundraiser & ask people what Hollywood is doing to our culture.
[….]
7:53 PM – 31 Jan 2018

By all means, step on the rake.

Have you ever heard of a guy by the name of Todd Akin?

[….]Josh is another anti-Christ “Christian”. He has never read his Bible. Read about David. Trafficking? That went on in Bible, slavery went on with white Christian men. Trump is a human trafficker, but he supports him. WE are not chattel or your hand maidens.

You and your buddy @ToddAkin have a lot in common in your ideas about women. Hopefully your fate ends up the same as his

Ouch! Oh snap, Joshua. You just got owned by @clairecmc

Whoa, cowboy.
Hey folks in Mizz, this Dope is an existential threat to gender equality and is already a fetid stain on your common sense reputation.
Drive him over to Bama and let him spoon with Judge Roy while you lock the gate behind him.

I have no interest in living in an America that thinks women do not have the same choices & rights as men.

You have puritan views Josh.

Your attempt at insult would have more meaning if @clairecmc didn’t spend so much time in our great state. She’s got a pretty good track record of Town Halls addressing concerns by the people.

whatever you say, ladder boy

Awww Josh you just managed to screw yourself. And people thought that kind of thing was physically impossible. Good for you.