“…Public service requires a commitment to transparency, accountability, and responsiveness to the needs of our fellow citizens. And for me, as State Auditor, that means holding government and public officials accountable to the people that they serve. As you all know the ethical environment on Jefferson City is worse now than it was even a year ago. Today we have no idea which anonymous millionaires wield the most influence over state policy. It’s no wonder that people feel like their government is rigged against them. Rigged to benefit the wealthy and the powerful…”

“…Governor Eric Greitens [r] has sought and accepted millions in contributions from sources that are anonymous to everyone except for him. Why must these donors insist on secrecy? And why was Greitens so fiercely protecting them? It’s because influence and access are being bought in the shadows. Eric Greitens has secret donors, high powered lawyers, and slick television ads to send a message to anyone who dares criticize him. He even has a personal lobbyist to influence legislation because of his personal scandals. This is the same governor who proclaimed that he would throw lobbyists down the steps of the Capitol in sight of the statue of Thomas Jefferson…” 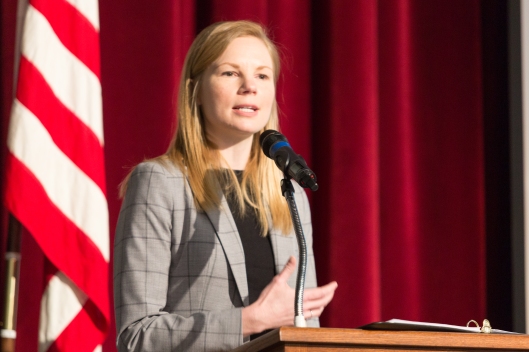 Before the dinner office holders, candidates and attendeess took the opportunity during the social hour to visit and work the room. 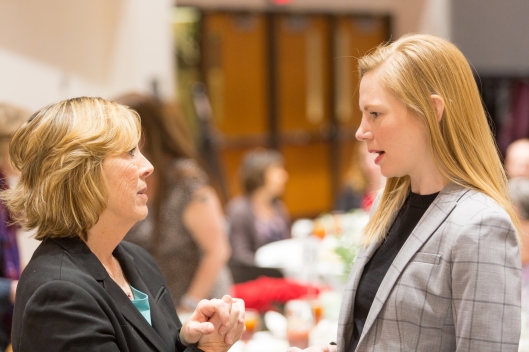