You were there the whole time, right? Just asking. 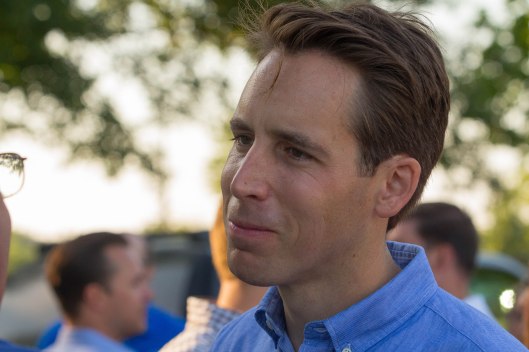 Josh Hawley @HawleyMO
#ImpeachmentTrial Day 1 = epic fail for House managers. Used 13 hrs to grandstand, repeatedly taking rebuttal time just to delay. Attacked senators. Alienated their audience. Admonished by the Chief Justice for unprofessionalism. If this is best they can do, should just stop now
11:21 AM · Jan 22, 2020

How about last night? 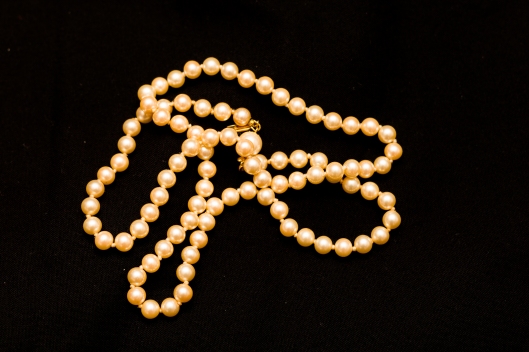 There was hilarity and much mocking of this partisan hackery in some of the responses:

Imma need to see some receipts…..oh wait. You voted against producing documents and witnesses.

I just don’t get the blind devotion to Trump. Explain it to me please.

Total BS. Fail by all 53 Republicans to defend the Constitution and our democracy. If Trump is innocent as you all keep saying, the evidence would exonerate him. Anything else is basically pleading the 5th.

WTH are you talking about?? The HOUSE has a boatload of evidence, and the self victimized Senate are the ones unwilling to review the evidence, even to the point of not allowing it OR witness in a TRIAL. “Sorry”

My husband and I watched 90% of the Trump trial yesterday. Here’s what we thought: Dems seek the truth, Republicans are covering up Trump’s abuse of power and obstruction.

Americans want documents and witnesses. We want facts. We want the truth. We want a true and real trial. We don’t want a cover up.

Our democracy is worth it! #ImpeachmentHearings

They did a remarkable job. They are laying out a strong case.Why hide the documents that prove the truth? Why hide them? There is only one reason and it’s obvious what that reason is. You’re a lawyer. It’s obvious they are lying and don’t want those notes to prove they are lying.

What would we do without Republican Poutrage?

It keeps both the fainting couch and vapors industries alive!!

“I was GOING to convict, but your deeply uncivil language FORCED me to install Stalin!”

Just saw you on C-Span. Did you somehow miss every single intelligence agency agree that Russia interfered in the 2016 election to help Trump? Even Pompeo! This is about a corrupt man, being corrupt 24/7. You’re either too stupid for the senate or completely amoral.

It could possibly be both.

Correction: both counsels were admonished.

“I think it is appropriate for me to admonish both the House managers and the President’s counsel in equal terms to remember that they are addressing the world’s greatest deliberative body.”

Heh. And we should probably admonish the Chief Justice for his inaccurate statement.

#EpicFail of the @GOP. You just stood on C-Span and said that the special counsel found “no collusion.” He found open cooperation despite individuals who actually lied in their interview. He also found 10 instances of open obstruction. There is no call ”transcript” either. @POTUS

You know what is unprofessional? This tweet. At least pretend you are taking this seriously.

What did you watch?
The chief justice told both sides to cool it
“. . . to admonish both the house managers and the president’s counsel in equal terms . . .”

One side told verified lies and was unprepared.
The other side showed evidence from sworn testimony & were prepared.

Well, there is the cloakroom.

trump just said he had all the materials. If he sooooo innocent than why not release the documents and question Bolton, etc. You are the embarrassment.

Ah the WH Lawyers were admonished as well – you see Josh some of us are watching – tell the truth because we will call you on it! If you like I can clip Roberts admonishing both sides from CSPAN if you like!

Either speak like a professional, hold a fair trial, and decide the case on the merits, or resign.

Last I checked, the House managers played out the cards they have, namely the proven truth. The fact you don’t believe proven facts is on you. Mitch wants a trial with no witnesses? He doesn’t want to require the W-H to release the subpoenaed documents? Why? Trump has them.

Trump admitted in Davos this morning that he does have all the documents but Congress can’t have them? This is a mockery of a trial, run by a guy who loves breaking the rules and is proud of it. Will Mitch allow new info? Nope…He knows none of it is exculpatory. Nice try Josh.

Josh, you’re a contender to be the worst senator out there today. And that’s saying something. I don’t know how the hell you got elected, but as a Missourian, I’m so embarrassed.

That’s all you got? No arguments or denying substance of allegations?
When you can’t defend the facts, you attack the process.
Brilliant strategy josh, oh and very worthy of the “r” behind your name.

Remember that Oath you took…we all do. I can assure you that I will do everything I can to make sure you don’t get reelected when your time comes up. I’m sick of the cover-ups and it’s clear you’re up to your neck in this crap.

I voted against a fair trial and to do my job to protect the constitution because @RepJerryNadler was mean to me….. Forget facts, forget what’s right, forget what the American public deserves and wants…. a Dem was mean so I will do as they accused me of, a cover up

Oh, que up the #GOPFauxOutRageMachine
You are so afraid of Donald Trump you are incapable of doing your job as a Senator in a CO-EQUAL branch of government. Resign your position. We Missourians need a real Senator with a spine.

We had one. Once.

Go figure, the Senator from the Show-Me state standing behind the President who refuses to produce documentation or allow witnesses.

As a Missourian who voted Republican in 2016…that will not happen again in 2020. I am embarrassed that you are my Senator. Stop playing partisan politics and seek the truth no matter where it leads you.

The Chief Justice was clear in his comments that he was speaking to both sides of the case, not just House Managers or the president’s team. And some of the mis-truths from the defense team were pretty galling if you track these things. And I do.

Hawley, you have shown that you don’t care about impartial justice and only want to continue this partisan cover up. If you had any integrity you would resign into obscurity.

This constituent is embarassed to have you as a senator.

Do your job. Look at the facts. Quit twisting things and take your oath seriously. The Democratic prosecutors are laying out the facts. The @GOP is spewing rhetoric. And seriously? GOP senators hiding out while Schiff was speaking?? Grow up.

The other side of the coin is that you and all the Republicans are stonewalling, disallowing the admission of witnesses and documents. America wants a fair–keyword: FAIR–trial, and we’re NOT getting it.

“I think it is appropriate for me to admonish both the House managers & President’s counsel in equal terms to remember that they are addressing the world’s greatest deliberative body.”

too bad Roberts doesn’t think it’s his job to admonish the republican members of the “world’s greatest deliberative body” when they walk out of the trial against the rules.

i am a part of the audience and you alienate me daily.

Epic fail is by you and your fellow cult members that only care about covering up the crimes of Trump and keeping your power to enrich yourselves. Resign since you lied already about being impartial. No trial has no documents or witnesses.

You forgot to mention that the Chief Justice admonished Trump’s attorneys. You can’t lie by omission. If this is the best you can do, should just stop now.

Epic fail on senate republicans. Nothing more to be said.

Moscow Mitch put together rules that would make sure this remained the biggest coverup since the beginning of the Republic. The whole thing is Pettifoggery at its best!

Maybe everyone could examine documents and listen to witnesses. You know, examine evidence like how legal proceedings work in the US. Just a thought.

Both. And trumps lawyers straight out lied about things and had to be fact checked. We are watching. We saw you just want to coverup.

With all due respect, Senator, I listened to the entire thing. Can you please tell me what constituted “attack”?

It was a very good presentation. I would know because I saw it. The American people aren’t stupid they can see it for themselves.

Yes, Josh Hawley was an epic fail for working to continue obstructing justice of a criminal president on behalf of dark money donors who love their tax breaks & obliterating protecting of their workers & the environment to increase profits

Uh, what were you watching…cause this wasn’t just on Fox. And specifically, what case like this have you tried as a lawyer?

You must not have been watching the same proceedings as I was.

Really? That’s your takeaway? I guess you missed a lot hiding out in the cloak & dagger room

My high school debate team would have wiped the floor with Trumps team, and we sucked.

But they have evidence, Josh. Lots of evidence.

And on and on…

9 thoughts on “Sen. Josh Hawley (r): How would you know if you weren’t in your seat paying attention the whole time?”