The Missouri Democratic Party state committee stepped in it on abortion. That’s the most charitable way to put it.

Oh, and it gets worse. 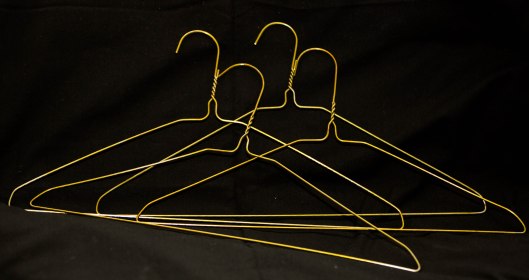 Democrats for Life of America Super PAC had one contribution over $200 in 2015:

Interestingly, the President of Democrats for Life of America has the same name:

DFLA Board of Directors
on 14 June 2007Posted in DFLA General.
Janet Robert, President [….]

Also interestingly, in 2017 Democrats for Life of America issued a press release defending one of Donald Trump’s (r) radical nominees to a federal court of appeals:

Democratic Senators Use Religion to Discredit Pro-Life Judicial Nominee
September 8, 2017
STATEMENT OF KRISTEN DAY, EXECUTIVE DIRECTOR
OF DEMOCRATS FOR LIFE OF AMERICA
Democrats For Life of America (DFLA) expresses its disappointment with Democratic senators and interest groups who are attacking federal court of appeals nominee Amy Barrett for her personal religious views on the dignity of human life at all stages….

Battle lines drawn over abortion ahead of Trump’s supreme court pick
In the increasingly acrimonious dispute the two political sides took to talk shows at the start of what promises to be an epic tussle over seat
[….]
…Of those, Barrett is considered to have the most hardline record opposing abortion rights…
[….]

Okay, where does this all lead? Democrats for Life of America have a post on their site from 2013:

“We respect the conscience of each American and recognize that members of our party have deeply held and sometimes differing positions on issues of personal conscience, such as abortion and the death penalty. We recognize the diversity of views as a source of strength, and we welcome into our ranks all Americans who may hold differing positions on these and other issues…”

Missouri Democrats Vote to Welcome Pro-Life Members, Angering Others
Posted By Sarah Fenske on Tue, Jul 3, 2018 at 7:29 AM

The Missouri Democratic Party State Committee voted to amend its platform using the exact language of a lunatic fringe anti-abortion group. The same anti-abortion group has gone on the record to defend the nomination of a radical anti-abortion judge to a federal appeals court by Donald Trump (r). The same individual who also happens to be under consideration by Trump for the current opening in the U.S. Supreme Court.

It took us less than thirty minutes to do the research to make the connections. You’d think the leadership and membership of the Missouri Democratic Party state committee could attempt to do a little bit of the same when they vote to amend the party platform.

That “…differing opinions…” language in the template was and is just so much bullshit. The anti-abortion right wants to and is going to ban abortion in the United States. So much for respecting differing opinions, eh?

The Missouri Democratic Party got played. If they are willing to accept the fact that they got played they can fix it. If.

4 thoughts on “Getting played”