It’s got to be. No one is really this cliché, right?

This afternoon in Overland Park, Kansas, at an immigration protest in front or Representative Kevin Yoder’s (r) downtown district office: 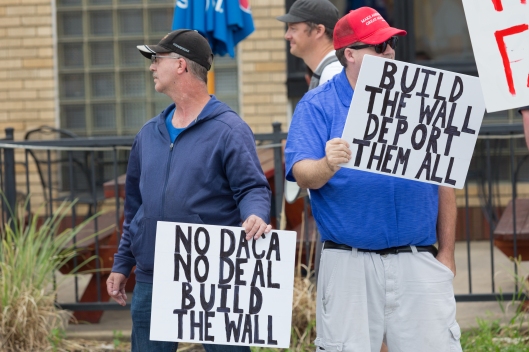 Two counter protesters near the end of the long line of demonstrators.

That’s got to be a genuine MAGA hat.

The counter protestor on the right held his sign in front of his face when he noticed me photographing them from across the street. That tells you something. 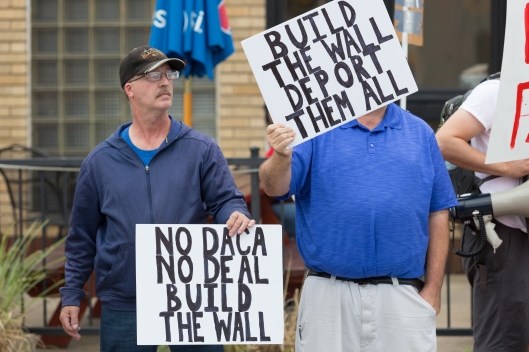 Ah, he must be sustained by the strength of his convictions.