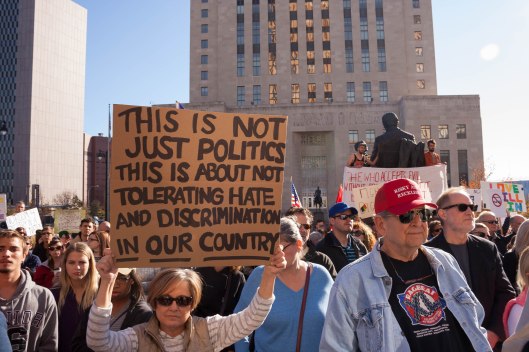 …this is about not tolerating hate and discrimination… 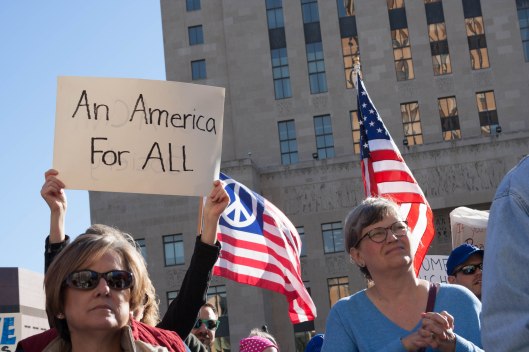 An America for All.

A drone. Whose drone? Make a guess.

An image from the protest we weren’t able to capture with a camera: a middle aged woman glaring up at the drone and flipping it off.

No Trump, No KKK, No Racist USA.