We covered a campaign announcement today:

And look who was there, a tracker for the right wingnut America Rising LLC (he identified himself to us the last time we saw him): 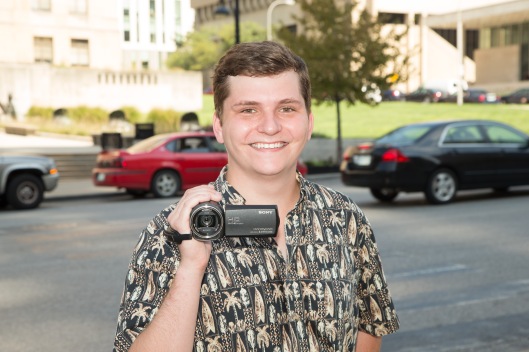 Dude, Ted Nugent called, he wants his shirt back.

The tracker got in the photographer’s line for his shot. Of the many things you can do to a photographer which they’ll shrug off? This isn’t one of them. Trump league. Harsh words were proffered.

Campaign Tracker: the worst job in politics and you still have to wear a suit (March 18, 2010)