The Democratic minority in the Missouri House made clear their opposition to “right to work” legislation and any efforts toward dismantling the Missouri Court Plan from the republican majority. Representative Kip Kendrick (D) called on the majority to support ethics reform legislation modelled on the campaign rhetoric of Governor-elect Eric Greitens (r). 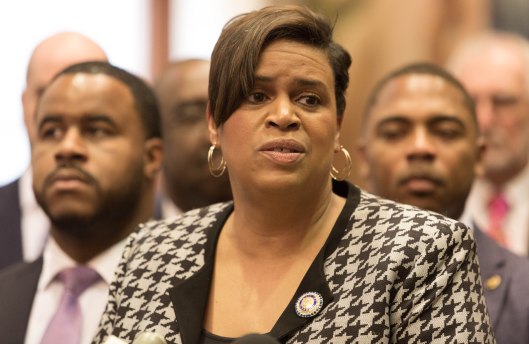 At the minority caucus press conference in the House Lounge after the opening day’s adjournment:

Secretary of State Jason Kander (D): at the opening of the legislative session (January 4, 2017)