….As an example of how election-year concerns cast a shadow over the session, Rep. Caleb Rowden, R-Columbia, didn’t cast a vote when the so-called “personhood” measure was voted on in the House. Rowden is locked in a battle for a seat in the Senate in a Democrat-leaning district…. 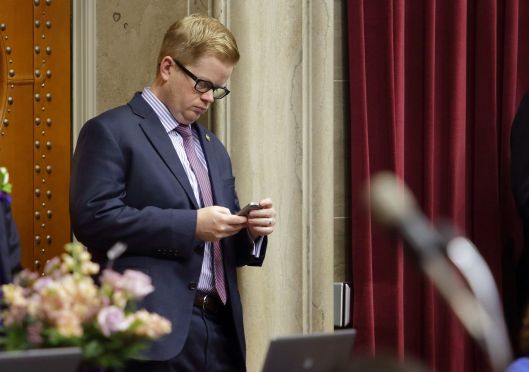 Yesterday at the Missouri Ethics Commission for Caleb Rowden’s (r) 2016 race in the 19th Senate District: