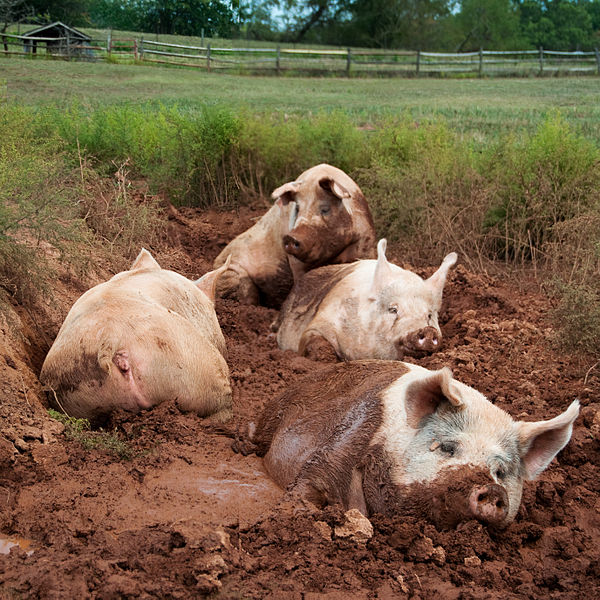 Numerous news outlets are reporting that Rep. Todd Akin will support an earmark ban in order to get some campaign support from U.S. Senator Jim DeMint’s Senate Conservatives Fund. I appreciate that beggers can’t be choosers, but wasn’t it just a month or two ago when Akin was vociferously defending his earmarking practices?  I think he even produced an ad contending that his wise earmarking saved lives. (Of course, the subject only came up because John Brunner was making the claim that Akin’s judicious use of earmarks also made the Akin family a little bit richer.) As the Post-Dispatch notes, Akin explicitly defends earmarks on his congressional Website:

Some believe Congress should be prohibited from designating where money should be spent. While well-intentioned, such action violates the Constitution and shifts important spending decisions from elected representatives in Congress to unaccountable bureaucrats in Washington, D.C.. This is not the right path. Rather, such spending decisions should be carefully vetted  during the committee process-a process that is open and transparent to the public.

Contrast that with a recently posted statement on Akin’s campaign Website that purports to “set the record straight”:

I’ve always known that Akin was logic-challenged, but come on! Not even the divinely inspired Todd Akin can be against something and for it at the same time. Especially after he defended that something for years by arguing that it’s a constitutional mandate.

That’s probably why Akin’s statement is so vague, and, on the theory that the best defense is offense, veers post-haste into an attack against Claire McCaskill’s hypothetical earmarking practices. It seems that, according to Akin, McCaskill – who introduced legislation to ban earmarks – is a hypocrite because she voted for the stimulus, and Akin is an advocate of the theory that the stimulus was chock-full of wasteful earmark spending. Of course, whether or not the stimulus contained earmarks is debatable and depends largely on how one defines earmarks.  Even Politifact, which identified a few earmarks in the bill, conceded that “It’s worth noting again that Obama managed to get a bill that was largely free of earmarks.”

To summarize: Akin believes that earmarks are the best thing since apple pie (and he may have even pocketed some of that metaphorical pie), but he has no problem supporting a ban and thinks it’s consistent with his beliefs. His opponent, however, who has never taken an earmark, and consistently worked to get them banned, is an earmarking queen because she voted for a stimulus bill that was largely free of earmarks. Laughable? Maybe, but I bet it’ll go over great guns with Akin’s hardcore supporters who’ve been well trained to howl when they hear the word “stimulus.”

Relative to which, there was another prong to the Akin attack that hinged on citing some of the items in a list of “wasteful” stimulus projects bandied about by several GOP congressmen a couple of years ago. Here Akin’s logic seems to be that earmarks are often characterized as wasteful, so if you can show that there was waste in the stimulus, it must be because it was full of earmarks.

Unfortunately for Akin’s logically twisted agenda, there may be some problems when it comes to demonstrating that the stimulus was larded with waste. NewsWeek‘s McKay Coppins looked at five of the items from the GOP list, two of which are cited by Akin as examples of wasteful stimulus spending, and found that they mostly did what the stimulus was supposed to do – create jobs. One would suspect, given the partisan rancor that obviously inspired the list, many more of those “wasteful” spending projects did so as well. And, in fact, an audit of the program reported in 2010 that:

…  Of the nearly 200,000 prime and sub contracts that the Recovery Act awarded, just 293 led to “consequential investigations” of fraud. That’s 0.2 percent-i.e., two-tenths of a percent. Given the amount of money we’re talking here, that’s astonishingly clean, even by private sector standards.

Lest you think this is just the Obama Administration whitewashing its own record-and me whitewashing their whitewashing-the General Accounting Office has reached the same conclusion, calling the amount of waste and fraud minimal. …

A small price to pay for saving us from another Great Depression.