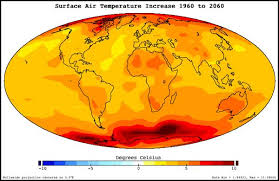 As if we needed any more evidence demonstrating that anthropogenic climate change is real, that it is occurring right now, and that it poses a major threat to the planet's environment, we now have it — in spades. Let;s begin with the assessment by a Penn State University investigation, which completely exonerated climate scientist Michael Mann from any wrongdoing in the ridiculous, trumped-up, never-any-truth-to-it, pseudo-“scandal” known as “climate-gate.” In reaction to this report, former House Science Committee Chairman Sherwood Boehlert (R-NY) — full disclosure, Boehlert's on the NRDC Action Fund board — issued a statement which read:

This exoneration should close the book on the absurd episode in which climate scientists were unjustly attacked when in fact they have been providing a great public service. The attacks on scientists were a manufactured distraction, and today's report is a welcome return to common sense. While scientists can now focus on their work, policy makers need to address the very real problem of climate change.

Next, just to pound the final nails into the coffins of the climate change deniers, a major, independent review by the Netherlands Environmental Assessment Agency was released on July 5. The report's main conclusions were crystal clear:

In fairness, the Dutch report leveled several criticisms of the IPCC report: 1) even the few, minor errors shouldn't have been allowed to slip by; 2) the report's summary statement should have been written to provide a higher amount of transparency regarding its sources and methods; and 3) the report tended to focus solely on the adverse consequences of climate change, not on potentially positive impacts. These are non-trivial issues that need to be addressed. Having said that, as Joe Romm points out, “the overwhelming majority of research since the IPCC has found that the IPCC has consistently underestimated many key current and future impacts, particularly sea level rise (and carbon-cycle feedbacks).”

In the end, the bottom line from these reports is clear: the science behind human-induced climate change has emerged from this entire, ridiculous, episode overwhelmingly intact — if not strengthened. The only real question now is, what are we going to do about it?