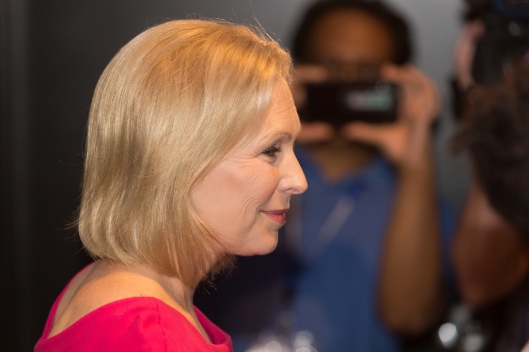 Senator Kirsten Gillibrand (D) brought her 2020 presidential campaign to St. Louis this afternoon for a town hall on reproductive rights. Around 330 individuals (that number comes from the campaign) attended the event moderated by St. Louis City Treasurer Tishuara Jones. Senator Gillibrand spoke at the beginning of the town hall then took questions from the audience for a majority of the hour and a half long event. 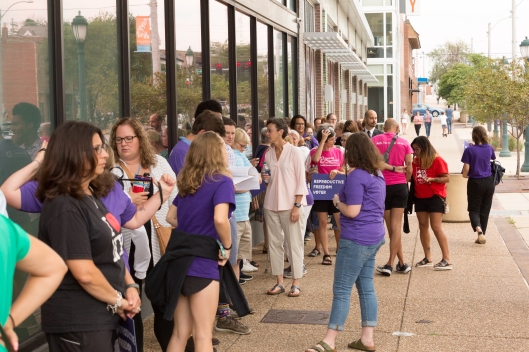 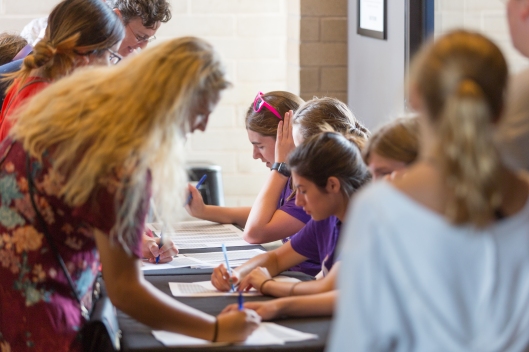 A majority in the audience were reproductive rights activists – as indicated by their t-shirts and signs. 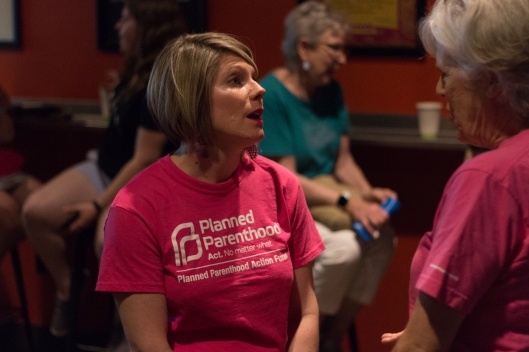 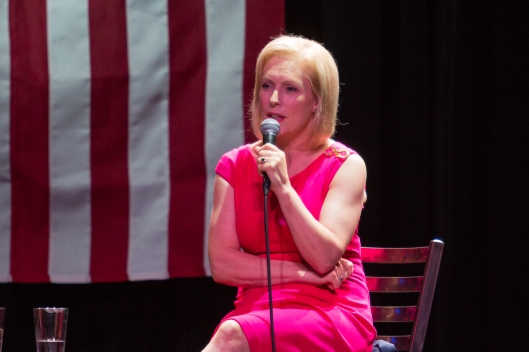 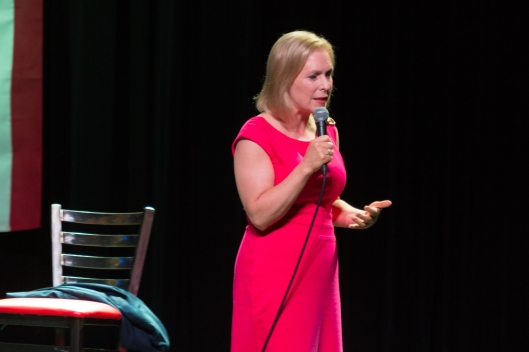 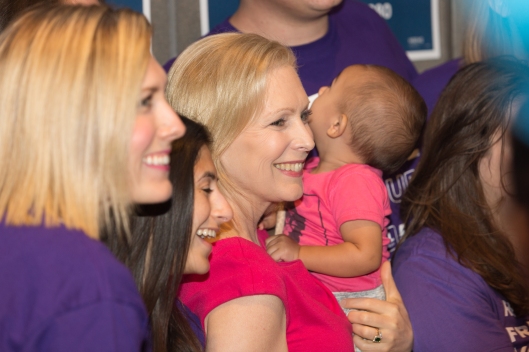